Real Betis Balompié has managed to get on a positive run from a results point of view in the league as well as in their play. A big part of this improvement is thanks to Sergio Canales. The Cantabria player is living a second life as a ‘’10’’ exploiting the maximum of his abilities as one of their playmakers. This week from MBP School of Coaches we will analyze what are the 3 fundamentals that most characterizes the player.

The role and positioning of Sergio Canales have changed in comparation with previous seasons. The ‘’verdiblanco’’ player is now occupying a more advanced position as you can see in the image.

This new role permits Sergio Canales to have much bigger protagonism in the offensive phase of his team, increasing the number of assists and goals. Sergio has brought 10 goals and 4 assists to the date for the Beticos, in comparison to his 6 goals and 5 assists in the previous season.

Once analyzed the new role of the Spaniard, we will go in depth in the fundamentals of play through Sergio Canales.

Fundamental: Guarantee the construction of play coming out of the midfield line

The first fundamental analyzed, it shows us that the type of player that Sergio Canales is. Although his zone of influence of play is more in an advanced part of the pitch, the Cantabria player keeps supporting in the buildup of his team.

The Spaniard is capable of identifying when we need to participate in this moment of the play, reducing his distance and offering alternatives in form of a passing lines when the team has difficulties to overcome the first line of pressure. 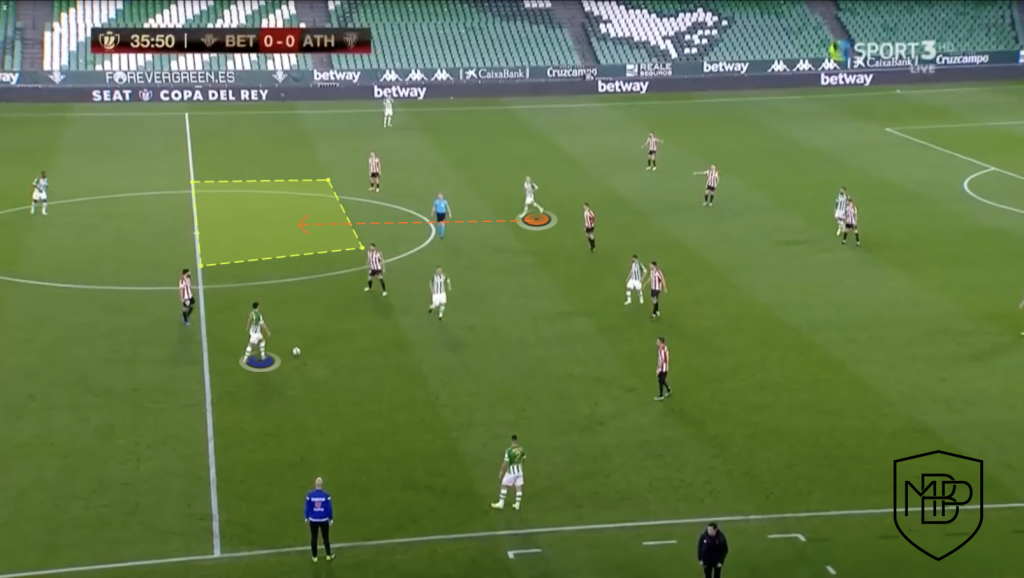 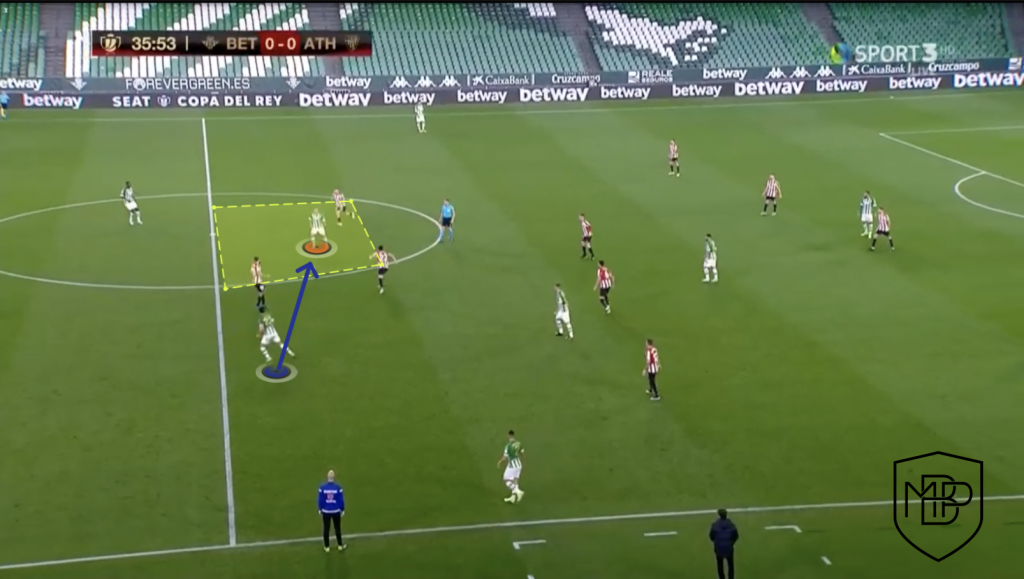 Fundamental: Look for a play in the progression valuing the risk/benefit of the pass.

The next fundamental goes in relation with the increasing number of assists and his positions on the pitch. The ‘’verdiblanco’’ player intervenes in more advanced zones, he has the “obligation” to filter Deep passes with the players further ahead, in which many times they convert themselves in assists or pre assists. 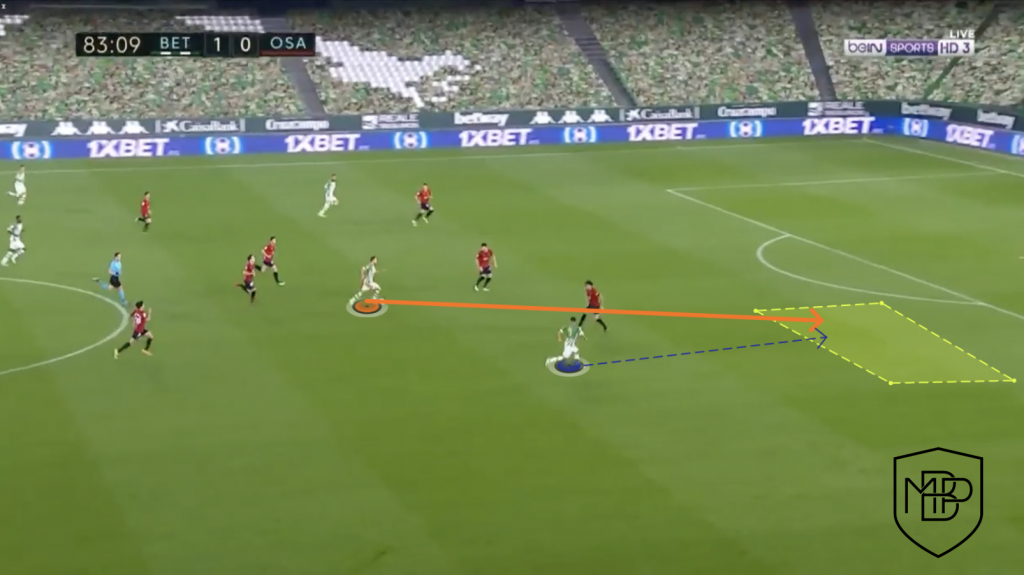 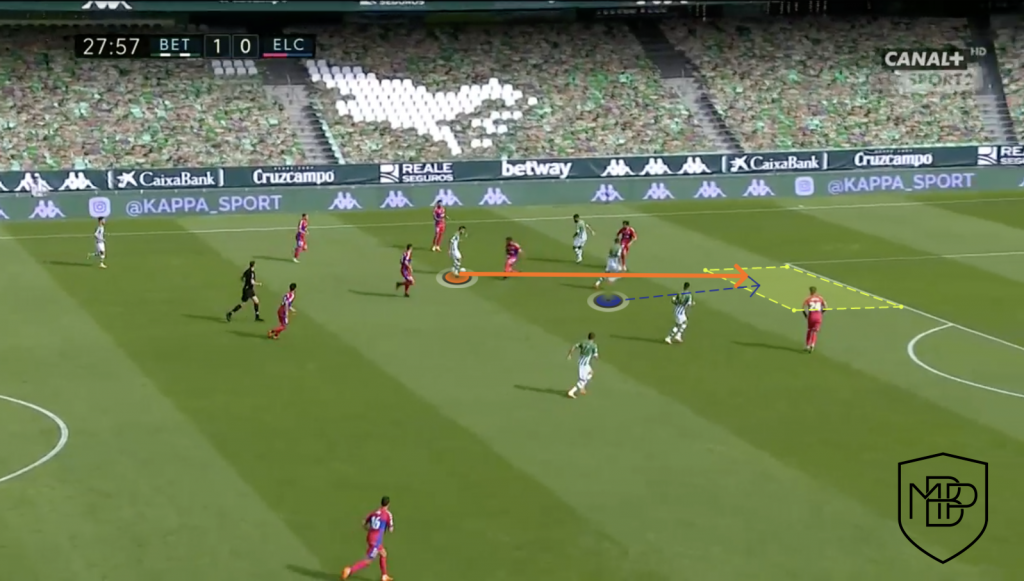 These types of passes have its risks, now that on many occasions the rival can intercept these passes. The success rate of passes made by Sergio Canales is 88%, a number in which the number is elevates for his position on the pitch and the direction is usually vertical in which is the direction of those passes.

Lastly, the next fundamental gives us the previously mentioned. The Betis player is an expert in identifying the free spaces that abilities him in situations of lateral crosses, to attack them positioning himself on the inside of the area and giving the previous passing option backwards in order to finish the action with success. 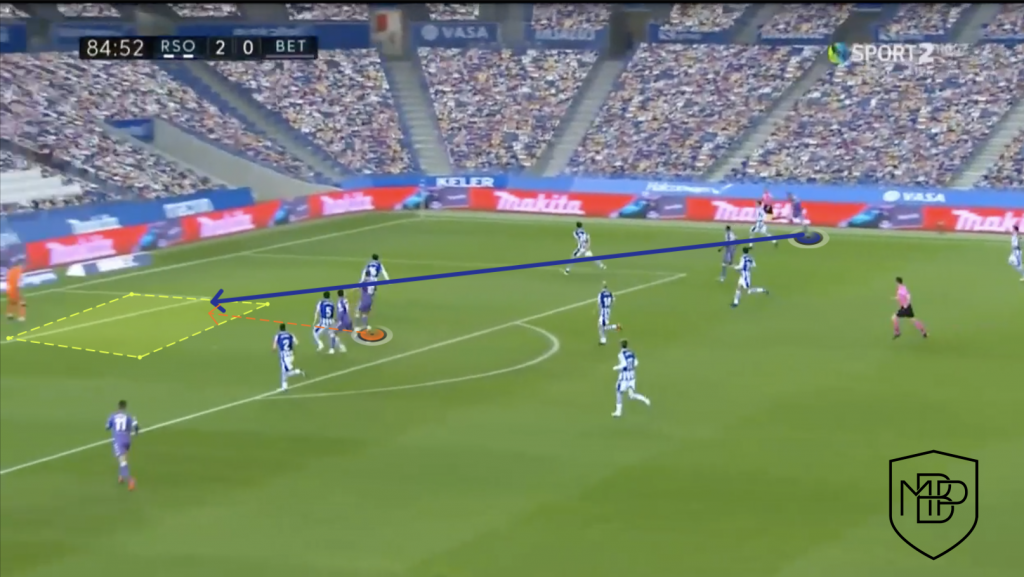 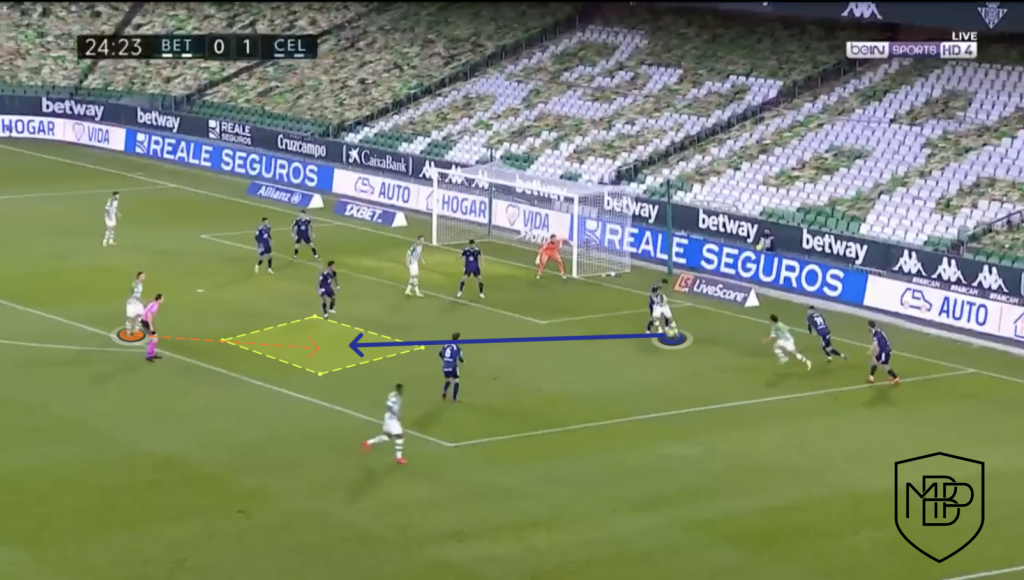 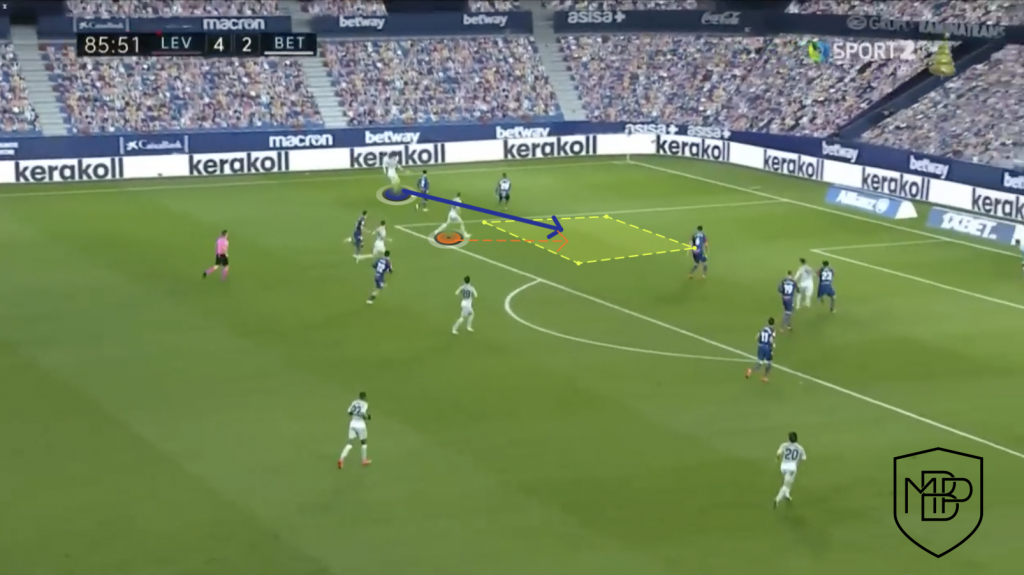 Once analyzed the new role of Sergio Canales, we can determine that is new position on the pitch, next to his new obligations, the verdiblanco squad has favored him in an exceptional form from a player’s point and for the team.

The Cantabria player, just as we have observed during the analysis keeps participating in the moments of the buildup identifying when he needs to drop his position off on the pitch and when not too. To help and provide more offensive fluidity in your team.

Also, the Spaniard has managed to increase his individual stats through assists and goals, with a perfect application of the fundamentals “look for the progression in the play” and “attack the free spaces Infront of the lateral crosses”.

With this improvement with all of these stats and play makes this more complete player to the point of getting the call up back with the national team squad, coached by Luis Enrique.