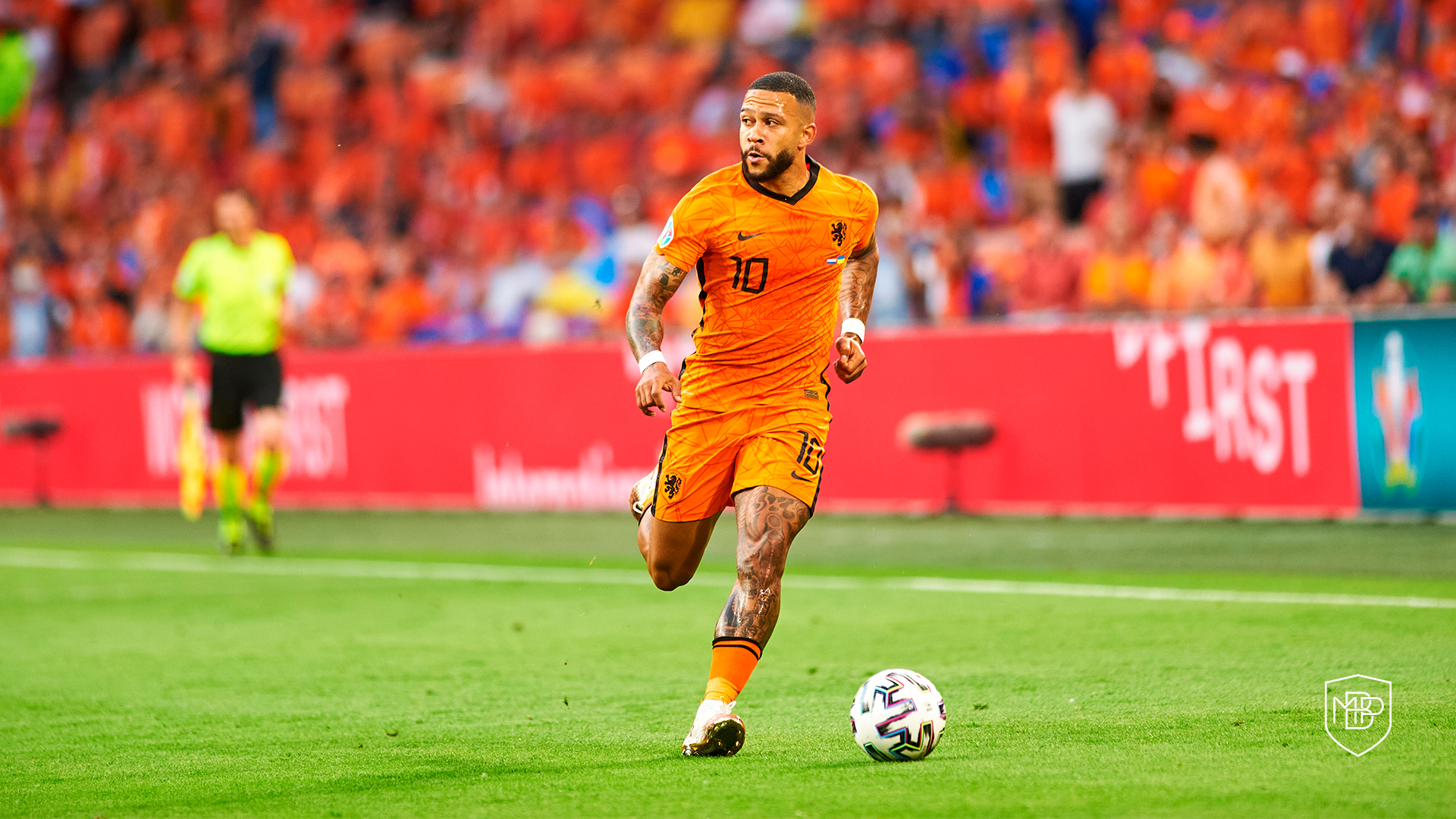 FC Barcelona have been busy adding to their squad during this current transfer window. Their biggest signing so far this summer has been the acquisition of Dutch striker Memphis Depay. The ex-Lyon forward, despite not going as far as he would like with his national side at EURO 2020, finished the tournament with strong individual numbers, having scored 2 goals and provided 2 assists in 4 games.

This week, at the MBP School of Coaches, we will analyze through the individual fundamentals by position, what the Dutch star will bring to the ‘Blaugranas’.

The first point of Depay to take into account is his movement on the pitch. This feature is illustrated by his strong ability to perform both movements in support and into depth.

Firstly, the forward stands out for his skill to make supporting moves through the application of the fundamentals ‘Dismarking diagonally when supporting to progress the play’ and ‘Offering support for continuity of the play as the first line’. 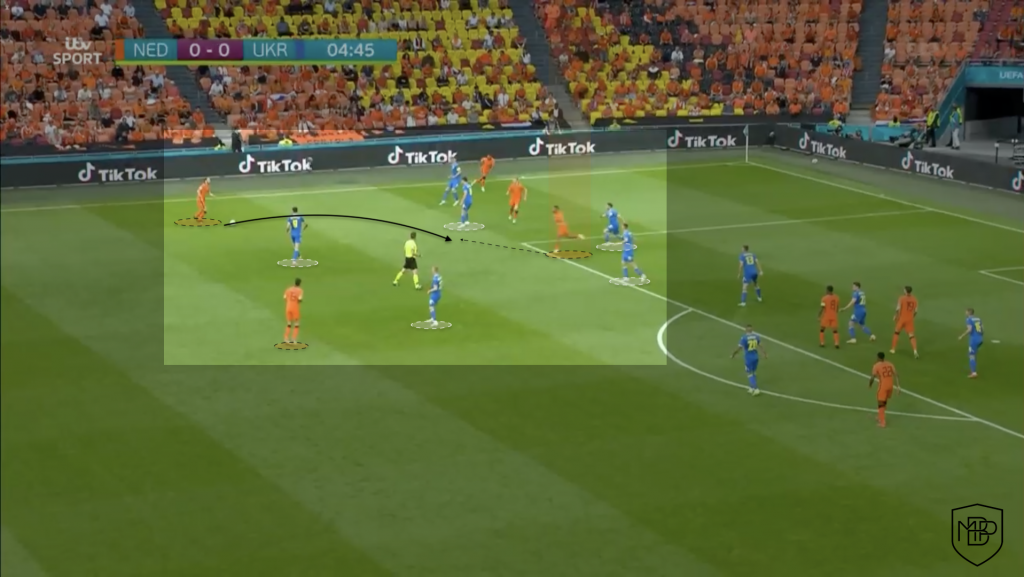 From the application of both fundamentals, Depay can always provide his team-mates with solutions from different passing lines. In addition, a micro-aspect to consider in applying these fundamentals is the ability to dismark towards the interlinear intervals.

Secondly, Depay is also able to identify when there is a tactical imbalance in the opposition’s defensive line, knowing when to attack it through dismarking there, in the form of the fundamental ‘Dismarking in direction to the goal through taking the back of the center-backs’. 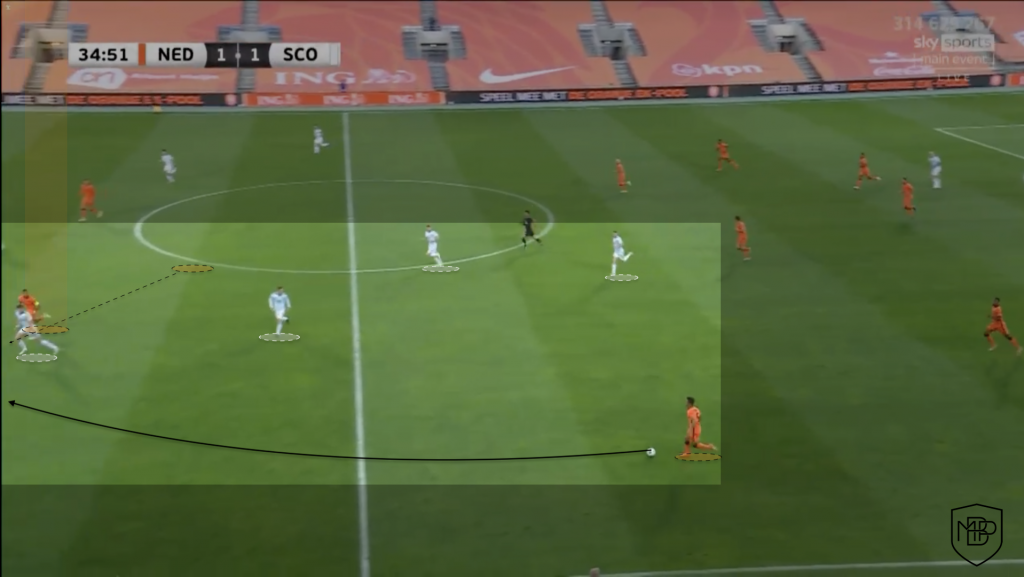 Another strength of the 27-year-old is the verticality of his actions. This is reflected through the implementation of the fundamental ‘Searching for a game in progression vertically in relation to the attack’. 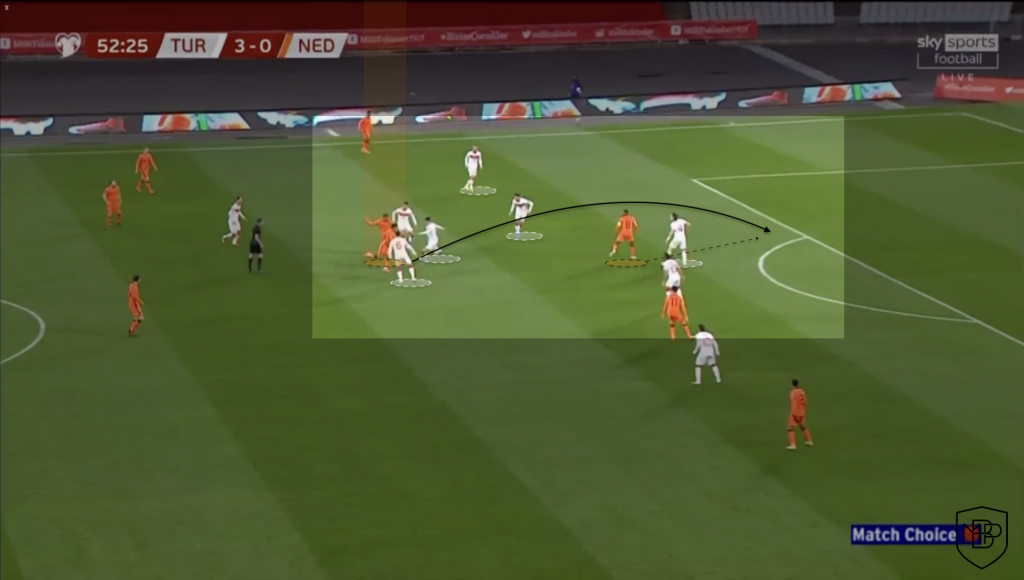 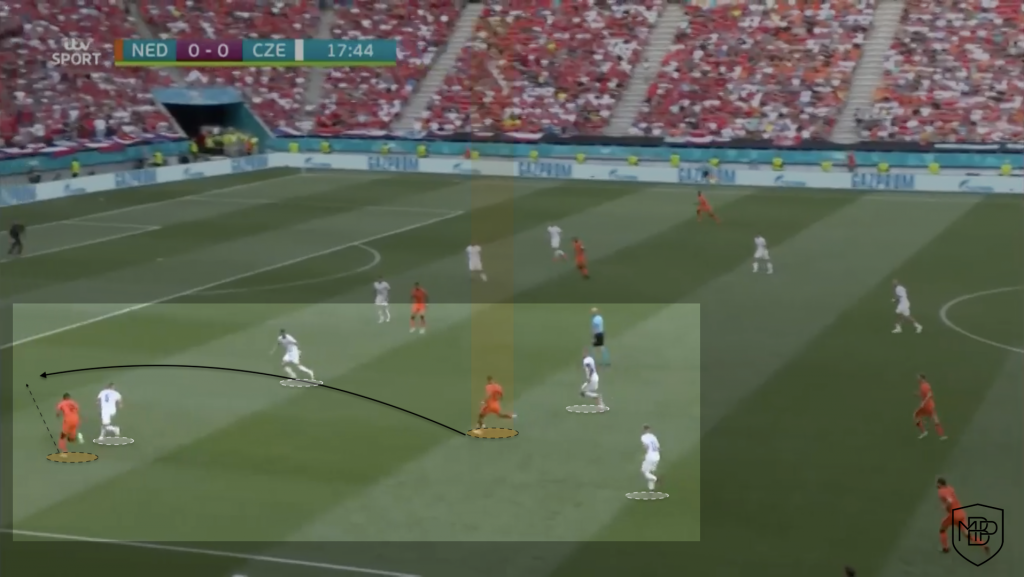 As we can see in the images, the Dutch forward always prioritises progression in his actions, whether in the form of a pass towards the central channel, from individual actions or through directing the play out wide to the wings.

This skill is very closely related to the first fundamental analysed (Dismarking diagonally in support), as being able to receive unmarked means the player has enough time and space to be able to decide and execute the subsequent action effectively.

Finally, the third element of a striker is their ability to finish. Although Depay has not been a renowned goalscorer in his career, he possesses a great talent in the application of the fundamentals for finishing, especially in the execution of ‘Orientating the body to prepare the finishing action’. The new Barca striker has a great understanding of using the correct body orientation, allowing him to find the best body position to take the shot in the most optimal way. 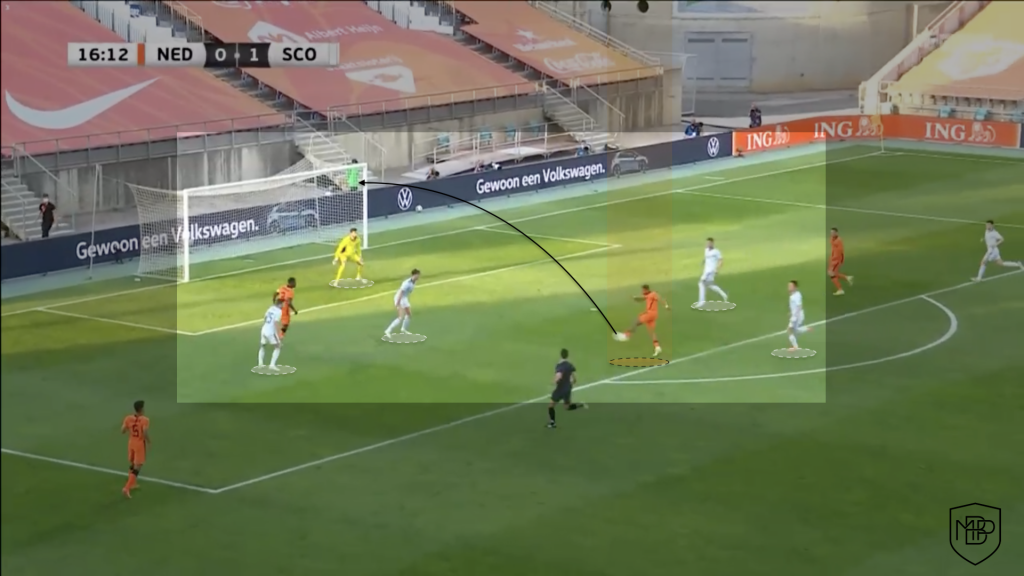 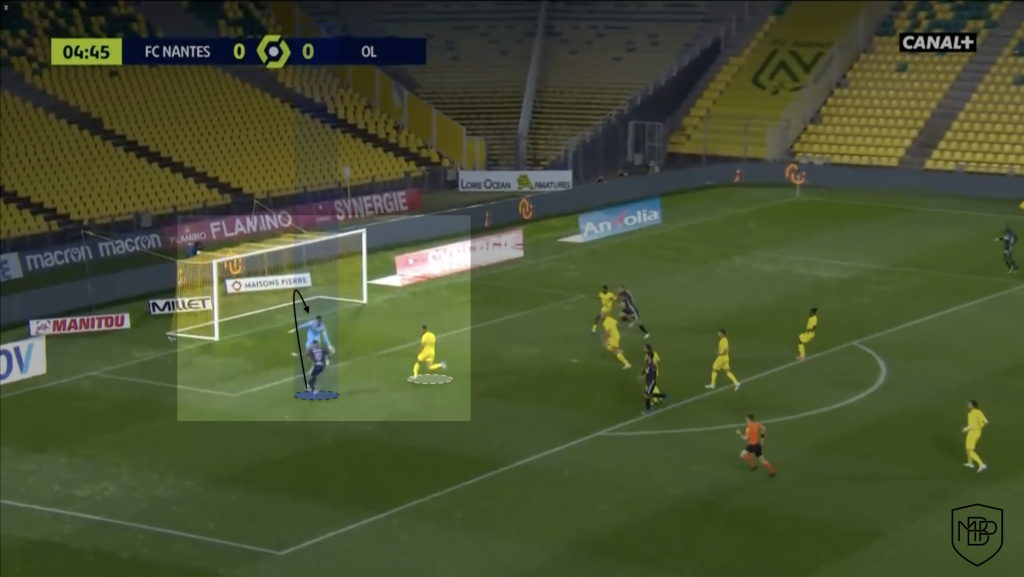 From the analysis of Barcelona’s new signing, it is clear that Depay is a player who can be very versatile to the attack, providing plenty of dynamism and verticality in the final third. These elements will be crucial to the Catalan side’s attack, supplying something which has been largely missing there in the previous few seasons.