In today’s game, there seems to be less and less players who have the profound knack of unbalancing opposition defences, and who have the ability to create advantageous situations by beating numerous defenders. Furthermore, if we add to this a formidable cognitive capacity that allows them to understand the different playing situations and its optimal solutions, both at an individual and cognitive level, we know then that we are talking about an exceptional star.

The sum of all these capabilities adds up to a dream player, someone able to lift a whole nation to its feet in anticipation. Fortunately, for Spain, this player is Pablo Martin, better known as ‘Gavi’, and is of Spanish blood. FC Barcelona fans can also be excited as they know he is likely to lead the club throughout the next couple of years.

For this reason, at the MBP School of Coaches, we will describe in depth Gavi’s playing profile, in addition to the behaviours the midfielder performs most out on the pitch. Finally, we will look at what kind of impact he has had in both the national team and at FCB.

Despite the fact that Gavi has yet to develop in many of the different structures that form a player, there are two that stand out above the rest in the youngster.

The first structure that we should highlight is that of his coordinative ability. Gavi possesses a player profile very reminiscent of former Barca legend Andrés Iniesta.

The La Masia graduate is a very skilled player with the ball at his feet, capable of executing many individual basic fundamentals with exquisite technique. Therefore, it is not uncommon to see him use these skills to beat defenders when the team are being heavily pressed by the opposition.

The second aspect to point out is Gavi’s cognitive capacity. As we will see later in the description of the fundamentals the midfielder excels in, his reading of the game is at a very level, as the 17-year-old always foresees the optimal action regardless of the changing game situations.

As we delve into the more tactical aspects of Gavi’s game, we can look more in depth at his outstanding tactical capacity. The Andalusian-born player consistently demonstrates his cognitive intelligence, being capable of dominating the different phases of the game, especially the attacking phase.

One of the elements of his attacking game is his excellent ability to apply the universal fundamental in the progression zone: ‘Searching for a game in progression by assessing the risk/benefit of the passes’.

The Barca star is continually able to identify when to take risks in the type of pass to make, executing balls in progression that enable advantageous situations for teammates, or, on the contrary, passes of continuity that gives less risk to the loss of the ball and stabilizes possession. 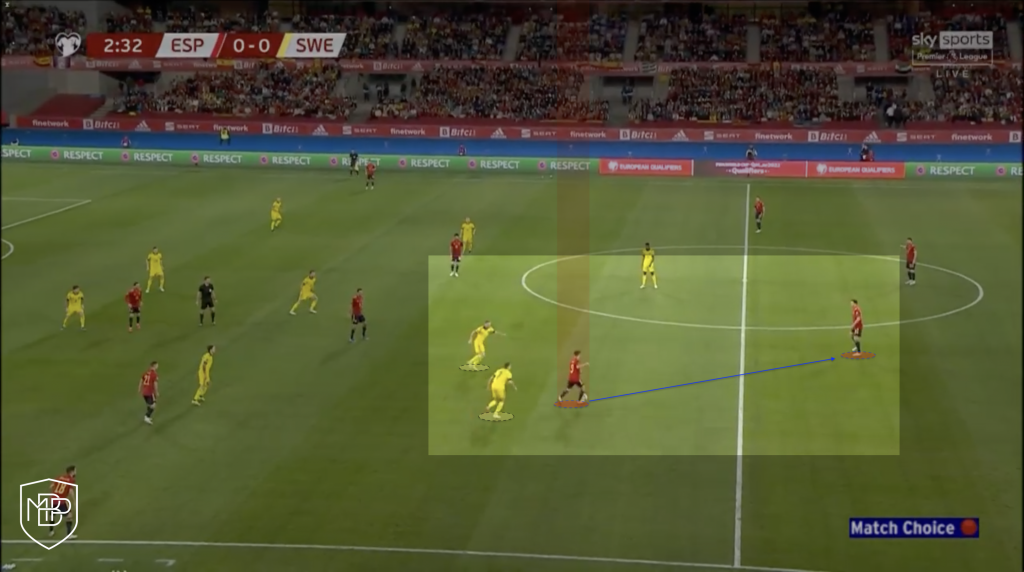 For this reason, Gavi can be described as a reliably safe player in the different moments of the play, as he never jeopardizes possession of the ball, neither in the build-up, nor in situations closer to the penalty area that could lead to a possible dangerous counterattack from the opposition.

The second fundamental that reaffirms his strong understanding of the play is his ability to position himself in interval spaces, whether that is intralineal or interlinear. Gavi constantly scans the pitch, always looking for the best zones to position himself in, to receive the ball in the most promising situation.

Therefore, it is not unusual to see the attacking midfielder move away from the active area of the ball sometimes, in order to position himself in a space less crowded by opponents, and, therefore, to give himself more time and space to carry out the subsequent action.

The Impact Gavi has on his Teams

Despite his young age, the impact that Gavi has shown so far on Barcelona and Spain has been enormous. As a player who preferably plays in midfield, added to the game idea of both of his teams, he has demonstrated an increased participation in his sides’ play during most matches, and, in turn, had a large influence on the whole performance.

For example, during the recent matches of the national team in the games against Greece and Sweden, Gavi played a significant role in each of them. In the crunch match vs Sweden, the youngster provided the team with a breath of fresh air in the attacking phase, irrespective of the state of the game. On the other hand, in defensive moments, whether in the defensive transition or in the organized defence, Gavi exemplified his importance in stopping opposition attacks, especially in the seconds after a turnover of possession.

Gavi has an incredibly quick reaction to the moments when possession has been lost, most often being located in the zone of intervention. This aspect allows him to always be an important figure for his team in these situations.

Although the player is still so young into his career, we cannot ignore the great impact Gavi has made so far on his national team and at FC Barcelona, creating excitement for the future of both teams, and the individual himself.

However, we must keep in mind that the midfielder has a great room for improvement and must be allowed to continue in his growth and development, knowing that his consistency may be up and down due to the very short time he has spent playing at the high performance level.

At the MBP School of Coaches, we are eager to see how Pablo Martin ‘Gavi‘ continues to evolve. We will be excited to see if he finally consolidates the great qualities he has shown so far, and which will allow him to be an invaluable piece at FC Barcelona as well as in the Spanish national team.

TIMO WERNER: A NUMBER 9 THAT HAS IT ALL

Lionel Messi: The fundamentals that the Argentinean genius masters

The importance of the Head and Assistant coach’s roles