In MBP, we believe it is essential to have knowledge of how to perform a cognitive preference training, and now we will argue why, and which are the 5 keys to do it correctly.

The structures of the player

The human being is considered as an organism constituted by structures that interact dynamically with each other in order to evolve and, a small change in some of them, will directly affect the rest (Seirul·lo, 2002).

As consequences of this type of approach, the soccer player will also be composed by some structures, these being directly related to the determinants of football performance: 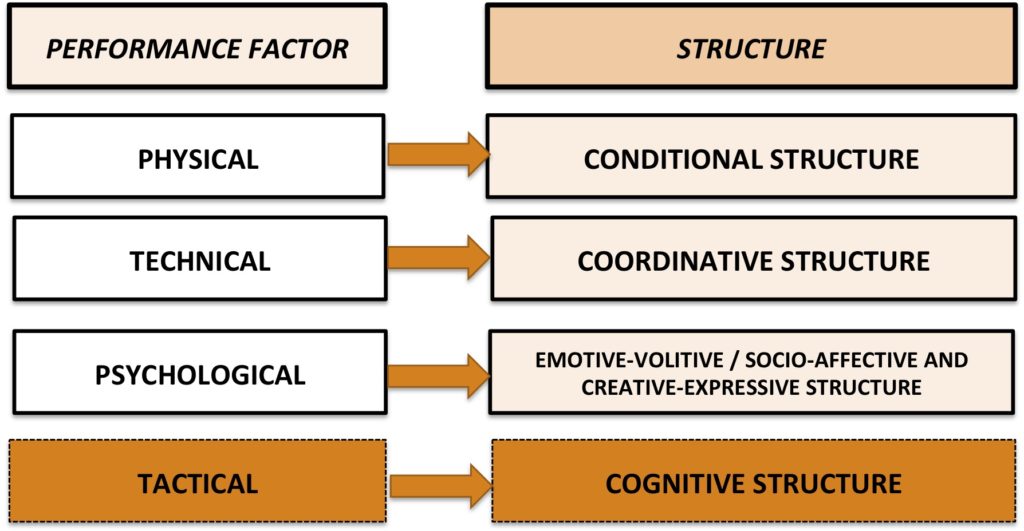 During a football game, each player is around 90% of the time of the game without contact with the ball. This figure lets us glimpse that soccer is a sport of tactical preference.

This tactical preference becomes evident when we watch a football game and we see that the actions of the game without the ball are inevitable and all other actions, whether technical or physical, are also conditioned by tactical aspects (relationship between teammates, opponents, ball , defense / attack).

Therefore, if we determine that football is a sport of tactical preference, our objective during training will be to influence as much as we can on the cognitive structure.

The 5 keys to perform a good cognitive preference training

What will Real Madrid lose with the departure of Raphaël Varane?