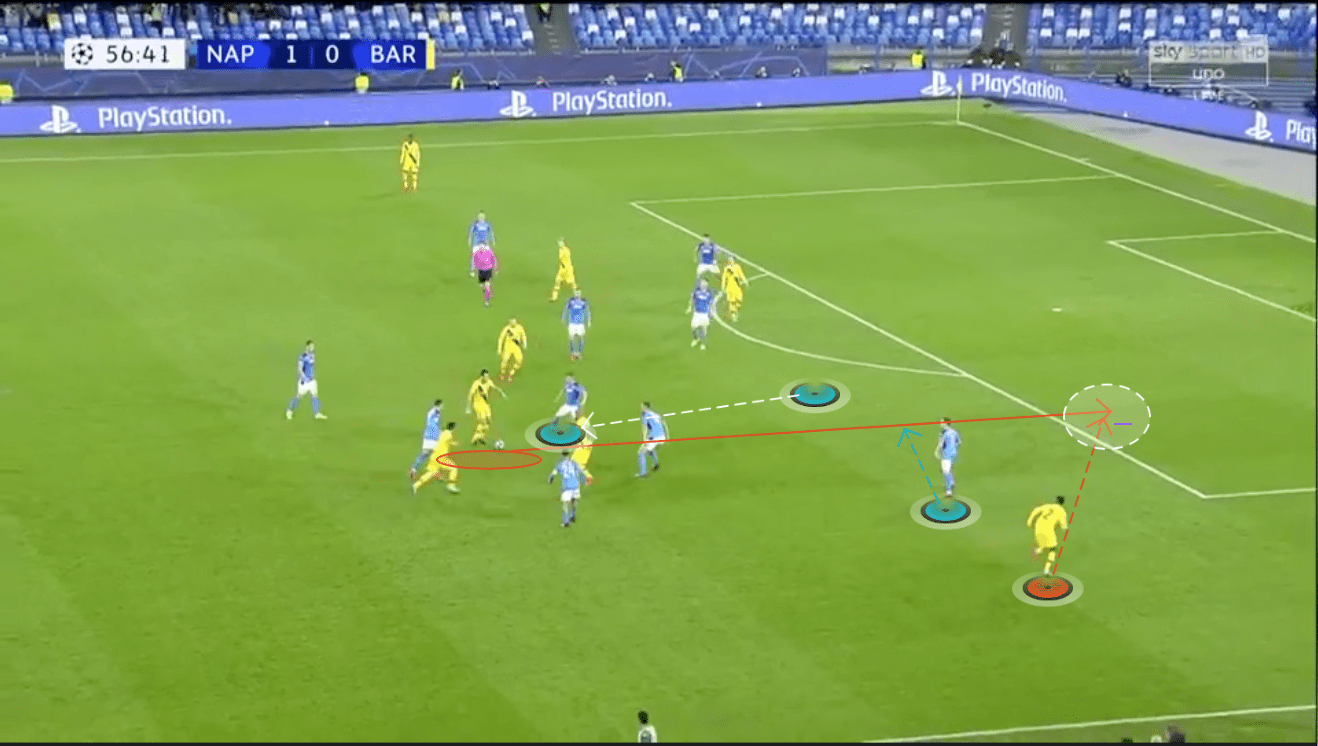 When conducting an analysis, we can focus on either the statistical or qualitative information. When we analyze an action that results in a goal, many times we only look at how the shot happened. Instead, more reflective questions should be asked such as, what preceded the goal? What did we do well to make it happen? And on the flip side, what could we have done to prevent the goal?

Firstly, let’s look at the statistics of this week’s Champions League matchday, to try and draw some conclusions from it.

To start with, a total of 9 goals were scored. Breaking down these goals leaves us some interesting trends, which we will divide into 2 blocks. Of the 9 goals scored, 5 were assisted from cutbacks. This is 55% of the total amount. In addition to this, we will add a goal from a wide cross that will raise the percentage to 66%. This was the first goal scored by Manchester City, with Gabriel Jesus getting behind the central defender to head home his team’s equalizer.

The remaining 3 goals (33%) are in the second block. These are: a penalty (Manchester City), a shot from the top of the penalty area (Napoli) and the last goal which was a counterattack, assisted from a through ball in depth and a first time shot by Serge Gnabry.

However, it is not enough to analyze this only in a statistical way, since it will always be necessary to look at how this data has come about. This requires the need for the Qualitative Analysis.

After further analyzing the goals, we observed that the highest percentage of them were scored (66%) from a pass from Zone C and D, in situations where an interval space opened up between the Center Back and Full Back.

This led us to evaluate the action that led to the FC Barcelona goal (vs Napoli), and also a scene from the Real Madrid – Manchester City game, though which did not finish with goal due to the goalkeeper’s save.

Where will we put our focus on when defending specific actions?

We will focus on the position of the Full Back that appears in these scenes.

Here, the center back, Nikola Maksimović, moves out to reduce the inside space with a varying degree of success. This is when the error appears. The Full Back, Mário Rui, is in a wide-open position, despite the movement made by his teammate. The situation requires him to close this inside space, to prevent Busquets’ pass and evade the opportunity of his mark receiving the ball in a favorable finishing position.

In this scene from the Real Madrid – Manchester City match, we can find a similarity. The highlighted Full Back, Dani Carvajal, in addition to having the incorrect body orientation, fails to close the inside space. This provides the opportunity for the City attacker to play an inside through ball, something which the winger takes advantage of by dismarking in behind. The Real Madrid player should have closed the space to nullify the pass and force the opponent to play a less dangerous one. Fortunately for Carvajal, Courtois saved the resulting shot.

Analyzing the opponent: The Dynamic Analysis as a Second Step